Imagine if There Had Been No Resurrection 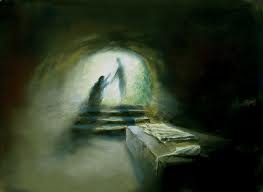 This past weekend as I was participating in all the family rituals that go along with the Easter holiday, a question kept popping up in my head:

What if there had been no Resurrection?

I mean if Jesus had died on the cross, but never rose up again, it would change everything.  As I continued to ponder this question, I started brainstorming some ideas of how things would be so different.  Here are some of the ideas I came up with:

Funerals would be very different.  People would say things like, “I hope the departed is with God, but sadly, we don’t know.”  The reality is that every one of us sins so if Jesus had not paid the price for our sins, every one of us would go to hell upon our earthly death.

There would be no Easter.  We’d still be celebrating Passover, heralding Moses’s deliverance of the Jews through the parted Red Sea would be the greatest miracle of all time.

There would be no Good Friday.  Jesus would have just been another man who was crucified and we would not have a day devoted to His death.  He would not be anyone special.

Forget Christmas.  The birth of just another prophet would make no difference and would have no special meeting.  We would not celebrate Jesus’ birth just like we do not celebrate the birth of Elijah or Isaiah.

We would go though life fearing death.  Our lives would be like getting on a flight with no idea where it was taking you for the rest of eternity.  Some place hot and miserable?  Or maybe it’ll be pleasant.  We’d have no assurance.

We would live in a world with almost no hope.  We would not have eternal life or the sense that bad things would pass and get better if we knew we were not going to heaven.  The world would be a pretty scary place.

The book of 1 Corinthians has a good chunk to say about this very thing.  I thought it was pretty interesting the words that Paul wrote.

The Resurrection of the Dead

20 But in fact, Christ has been raised from the dead. He is the first of a great harvest of all who have died.

21 So you see, just as death came into the world through a man, now the resurrection from the dead has begun through another man. 22 Just as everyone dies because we all belong to Adam, everyone who belongs to Christ will be given new life. 23 But there is an order to this resurrection: Christ was raised as the first of the harvest; then all who belong to Christ will be raised when he comes back.

29 If the dead will not be raised, what point is there in people being baptized for those who are dead? Why do it unless the dead will someday rise again?

30 And why should we ourselves risk our lives hour by hour? 31 For I swear, dear brothers and sisters, that I face death daily. This is as certain as my pride in what Christ Jesus our Lord has done in you. 32 And what value was there in fighting wild beasts—those people of Ephesus—if there will be no resurrection from the dead? And if there is no resurrection, “Let’s feast and drink, for tomorrow we die!” 33 Don’t be fooled by those who say such things, for “bad company corrupts good character.” 34 Think carefully about what is right, and stop sinning. For to your shame I say that some of you don’t know God at all.

Fortunately, there was a resurrection and because their was, we can all have a sense of hope knowing that if we believe in Jesus, all our sins will be forgiven and we will get to spend eternity with God in heaven.  The Resurrection changes the way we celebrate life and anticipate death without fear.  Without it, we would all be lost souls just wandering around for just the blink of an eye and then we would be gone.  The resurrection of Jesus Christ makes all the difference in the world.

Most of the people who visit this blog already know me so it is kind of pointless to try to describe my life in this short little blurb. What is the purpose of this blog is the question. Over the course of this last year I have been exposed to some amazing people and have made personal development an important focus of my life. Being successful, not by the world's standards, but by God's has become my main focus. Mainly, I want to work to develop myself as a person who is kinder, reaches out to help those in need, and truly makes a difference in this world. To this end I am constantly reading and am exposed to so many differnet things along the way. These have been amazing and it is helping me grow so much. Then I started to think, "Why am I being so selfish?" You need to share with others these amazing things you are learning and being exposed to. That is where this blog comes into play. As I am reading and experiencing things that are truly amazing and life changing, I will be posting them on this blog. Obviously, I will not be able to post everything in it's entirity, but I will be summarizing them and letting you know the source of the article or book they come from so you can check them out later if you wish. I want this blog to be a place where you can go to often and be inspired and leave here with a smile on your face. I will be covering all kinds of different topics dealing with success and personal development. Topics like taking action, relationships, living to your potential, reinventing yourself, finances, leadership, presenting, goal setting, time management, etc. I will also be occasionally including topics on cooking, music, and gardening because they are special interests of mine. As a little disclaimer, I have given my life to the Lord and he is #1 in my life. I am his servant and everything I do in life is for his glory. With that being said, religion influences all areas of my life. There will be references to God in this blog because I can't seperate God from this or any other area of my life. I want you to know that if you do not believe in God, that is fine. That is your choice. This blog is open to anyone who wants to better their life. I will not be trying to influence or pressure anyone into having a relationship with the Lord from this site. Please don't feel uncomfortable. You can just read the portions of the blog that you wish to. I am inviting you to go on a journey with me. We will learn together to be the kind of people we were designed to be. Anyone can make a difference in this world, but it starts%
View all posts by wmarsau →
This entry was posted in Attitude, Decisions, Easter, Giving, God, Good Friday, Hope, Inspirational, Love, Relationships, Remembering, Salvation, Sin, Thoughts/Mindset and tagged 1 Corinthians, Bible, cross, death, Easter, Elijah, funerals, God, Good Friday, isaiah, Jesus, Jews, lives, Moses, passover, prophet, resurrection, SIN. Bookmark the permalink.