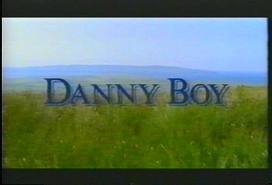 For today’s featured song, I thought we would feature the most famous Irish associated song of all time.  Danny Boy is a classic that has been around for so long.  It has a long history and has been covered by almost any artist who could come close to hitting a high not.  I wish I could do this song justice, but I can’t so I just have to enjoy other people doing it instead.

I absolutely love this song.  When those high notes are hit, it is hard to keep a tear from coming to your eye.  However you interpret the song or whatever meaning it has to you, it is for certain that the song is filled with emotion.

My college coach, Dan McCarney, told me that his mom used to sing this song to him when he was a little boy.  That warms my thoughts and I usually think about Coach when I hear this song.

As you listen to this song, I hope you have great thoughts and you enjoy your St. Patrick’s Day.  Don’t forget to wear green!  Enjoy!

Version of the song done by Andy Williams.

Liam McNally doing an amazing version of the song on Britain’s Got Talent.

Version of the song by the Celtic Women.

Version of the song sung by Irish Tenor Anthony Kearns.

Version of the song sung by the Pogues.

Version of the song sung by Mario Lanza.  This one is my very favorite!

Version of the song sung by the Irish Tenors.

Version of the song sung by Colm Wilkinson.

Version of the song sung by Roy Orbison.

“Danny Boy” is a ballad written by English songwriter Frederic Weatherly and usually set to the Irish tune of the “Londonderry Air“.  It is most closely associated with Irish communities.

Weatherly gave the song to the vocalist Elsie Griffin, who made it one of the most popular songs in the new century; and, in 1915, Ernestine Schumann-Heink produced the first recording of “Danny Boy”.

Jane Ross of Limavady is credited with collecting the melody of “Londonderry Air” in the mid-19th century from a local fiddle player.

“Danny Boy” is considered to be an unofficial signature song and anthem, particularly by Irish Americans and Irish Canadians.

The song is popular for funerals; but, as it is not liturgical, its suitability as a funeral song is sometimes contested.  In 1928, Weatherly himself suggested that the second verse would provide a fitting requiem for the actress Ellen Terry.

There are various theories as to the true meaning of “Danny Boy”. Some listeners have interpreted the song to be a message from a parent to a son going off to war or leaving as part of the Irish diaspora.  The 1918 version of the sheet music included alternative lyrics (“Eily Dear”), with the instructions that “when sung by a man, the words in italic should be used; the song then becomes “Eily Dear”, so that “Danny Boy” is only to be sung by a lady”.  In spite of this, it is unclear whether this was Weatherly’s intent.

Oh, Danny boy, the pipes, the pipes are calling
From glen to glen, and down the mountain side
The summer’s gone, and all the flow’rs are dying
‘Tis you, ’tis you must go and I must bide.

But come ye back when summer’s in the meadow
Or when the valley’s hushed and white with snow
‘Tis I’ll be here in sunshine or in shadow
Oh, Danny boy, oh, Danny boy, I love you so.

And if you come, and all the flowers are dying
If I am dead, as dead I well may be
I pray you’ll find the place where I am lying
And kneel and say an “Ave” there for me.

And I shall hear, though soft you tread above me
And all my grave will warm and sweeter be
And then you’ll kneel and whisper that you love me
And I shall sleep in peace until you come to me.

or I’ll simply sleep in peace until you come to me.

or And I shall rest in peace until you come to me.

Most of the people who visit this blog already know me so it is kind of pointless to try to describe my life in this short little blurb. What is the purpose of this blog is the question. Over the course of this last year I have been exposed to some amazing people and have made personal development an important focus of my life. Being successful, not by the world's standards, but by God's has become my main focus. Mainly, I want to work to develop myself as a person who is kinder, reaches out to help those in need, and truly makes a difference in this world. To this end I am constantly reading and am exposed to so many differnet things along the way. These have been amazing and it is helping me grow so much. Then I started to think, "Why am I being so selfish?" You need to share with others these amazing things you are learning and being exposed to. That is where this blog comes into play. As I am reading and experiencing things that are truly amazing and life changing, I will be posting them on this blog. Obviously, I will not be able to post everything in it's entirity, but I will be summarizing them and letting you know the source of the article or book they come from so you can check them out later if you wish. I want this blog to be a place where you can go to often and be inspired and leave here with a smile on your face. I will be covering all kinds of different topics dealing with success and personal development. Topics like taking action, relationships, living to your potential, reinventing yourself, finances, leadership, presenting, goal setting, time management, etc. I will also be occasionally including topics on cooking, music, and gardening because they are special interests of mine. As a little disclaimer, I have given my life to the Lord and he is #1 in my life. I am his servant and everything I do in life is for his glory. With that being said, religion influences all areas of my life. There will be references to God in this blog because I can't seperate God from this or any other area of my life. I want you to know that if you do not believe in God, that is fine. That is your choice. This blog is open to anyone who wants to better their life. I will not be trying to influence or pressure anyone into having a relationship with the Lord from this site. Please don't feel uncomfortable. You can just read the portions of the blog that you wish to. I am inviting you to go on a journey with me. We will learn together to be the kind of people we were designed to be. Anyone can make a difference in this world, but it starts%
View all posts by wmarsau →
This entry was posted in Music and tagged anthony kearns, Dan McCarney, Danny Boy, entertainment, frederick weatherly, Irish music, londonderry air, music. Bookmark the permalink.